the Promontory Fort protected on the East by a large bank and by 180 foot sheer cliffs on all other sides. 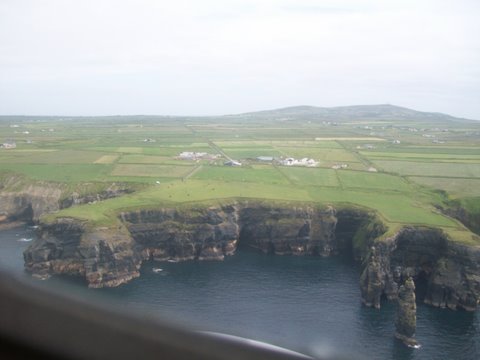 There are also two ring forts nearby-Liosdunaflan and Lios Rua.